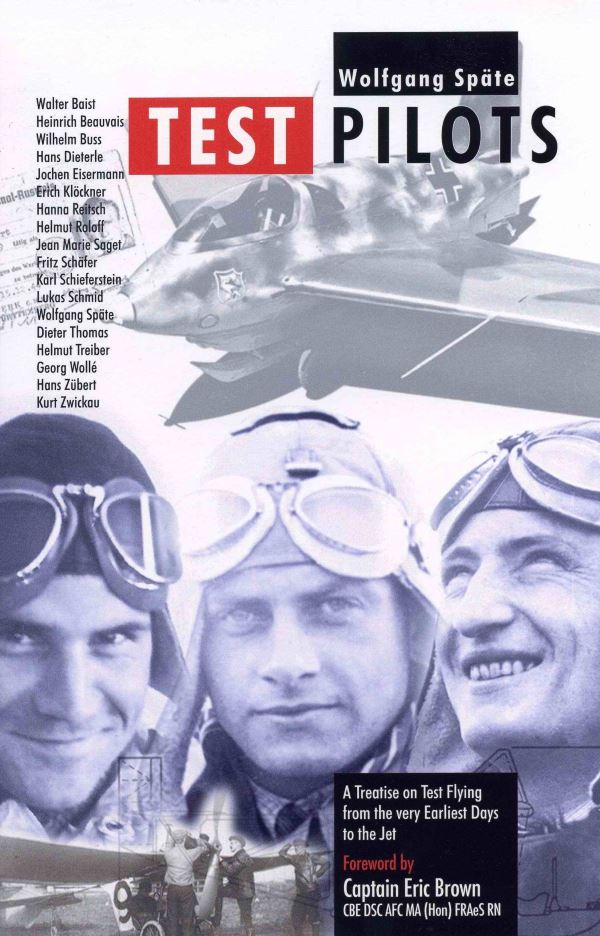 A treatise on test flying

This is an exciting new book relating the firsthand experiences of predominantly German Test Pilots. Including over one hundred photographs and illustrations, the majority of which have never been seen before and full of refreshingly new material.

Roland ‘B’ Beamont CBE. DSO* DFC* DL, FRAeS - one of Britain’s most experienced Test Pilots writes: ‘This is a fascinating book which has clearly resulted from diligent research, and it gives a clear insight into the German policy of training engineers to be test pilots, in that priority! This was unlike the British, French and US approach which, until ‘43 / ‘44 (with the establishment of new Test Pilot Schools), was to select good pilots and give them on-the-job training in engineering aspects. Some of the German reporting shows this clearly, especially Beauvaise and Späte. The book also gives a fascinating insight into the uninhibited approach of the German industry to way-out research flying! I enjoyed it.’

Captain Eric Brown CBE DSC AFC FRAeS - RN former Chief Naval Test Pilot and CO Captured Enemy Aircraft Flight at RAE Farnborough and former president of the Royal Aeronautical Society writes: 'It is all interesting stuff, particularly some fascinating new information of considerable historical value concerning Germany’s development of the very first ejection seat, the transonic compressibility dives with a modified Me. 109G, and the flight testing of the world’s first twin jet aeroplane the He 280. The pièce de résistance, however, is the comprehensive account of the wide-ranging trials undertaken by the German Institute for Gliding Research (DFS), which is full of hair-raising episodes and includes the flight testing of the lethal Natter semi-expendable, vertically launched, piloted missile. The book has been well translated into English from the original German version, and I commend it to aviation historians and enthusiasts as exciting and worthwhile reading'.